30 years of hard work and resilience

When we tell the story of Flexo Wash most times it starts in 1989 with the invention of the first cleaning machine from a dishwasher. This year it is Flexo Wash 30 year anniversary, but to understand the complete story we need to go back even further to 1977. 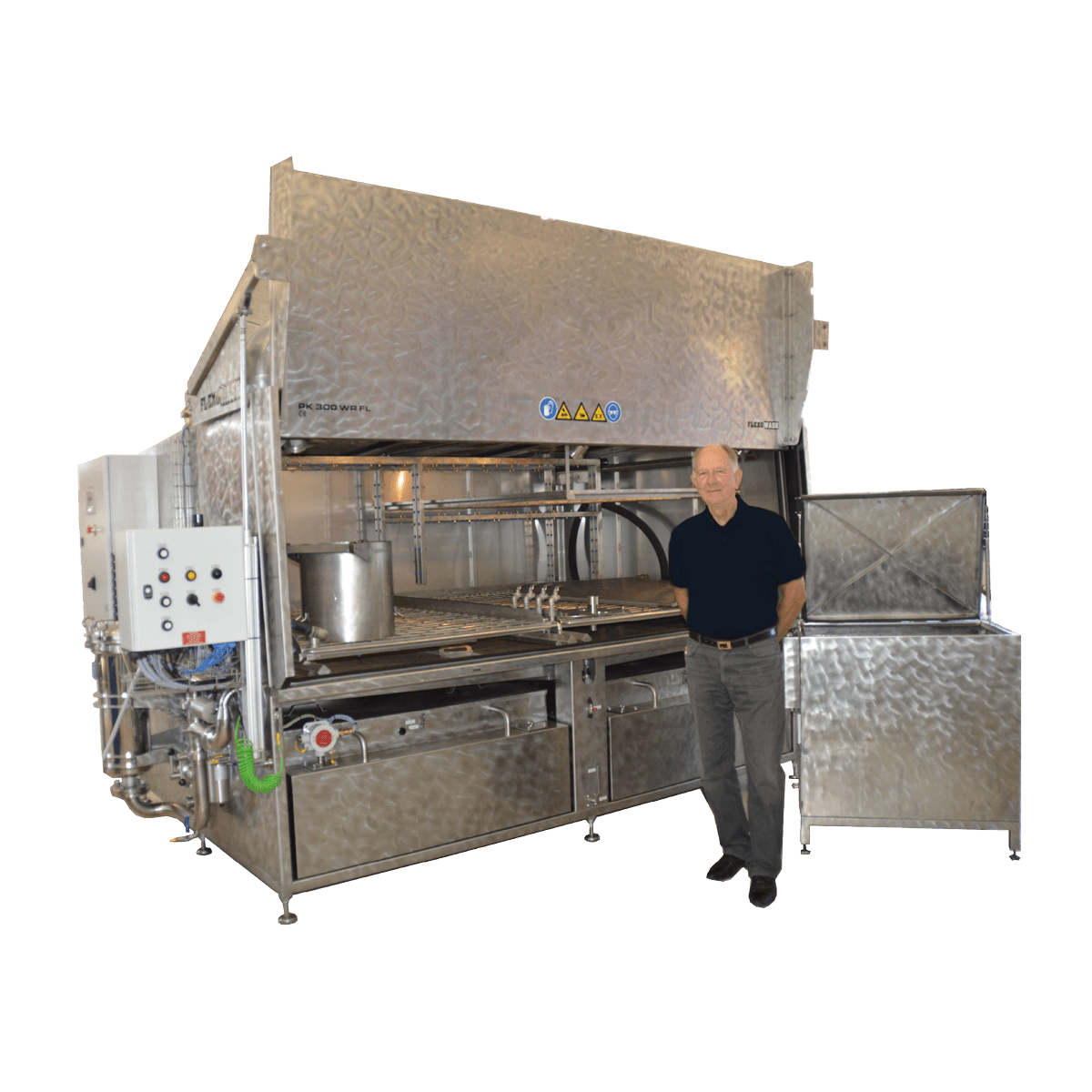 Henning Kongstad started a label printing business in 1977 and bought the first printing machine in 1978. A business that was the cause for inventing Flexo Wash almost 10 years later. During that time the equipment was handwashed, which was fine with the types of inks used at the time. However, in the late eighties the business changed to water-based inks due to environmental concerns.

Water-based inks wasn’t easy to clean: “When the change came to water-based inks. My guys could spend all their time in between jobs cleaning the parts because it was so difficult to clean water-based inks. And I had a guy working for me who thought this could be done smarter, so he builds the first cleaning machine prototype from a regular dishwasher. Of course, it was not perfect, but we knew we had something here. “- Henning Kongstad says.

The journey had begun and the second prototype for a cleaning machine was built at the local blacksmith, and it could handle the inks and the intense workload that comes with the repeated cleaning that is necessary at a label printer business.

“During the first year I think we sold 10-15 cleaning machines, and I sold them all to colleagues I knew in business who also wanted a cleaning machine to ease their cleaning. If I hadn’t had the network, I had it wouldn’t have been possible to do.” Henning Kongstad says.

Both the label printing business and Henning Kongstad’s network was key to Flexo Wash taking off and becoming a viable business. But what draws most attention is the resilience and hard work that was put into bringing the machines out into the world.

Read all about parts washing here.

Bringing Flexo Wash around the world was hard work and success did not come easy in a time where they didn’t have a lot of the tools we use today. In the early nineties Henning and his partners had to take the machine to the customers all around the world to demonstrate how it could benefit them.

“We had a good thing going in Denmark and rather quickly I accessed other markets like United Kingdom and France to get Flexo Wash moving on the tracks – it went well. Then my brother joined to take care of Scandinavia and later he learned German to get Flexo Wash into the German market as well. “

You think that because Flexo Wash was so fast to move to markets outside of Denmark that they deliberately chose an English name, but that wasn’t the case. The name just happened for no reason at all and they stuck with it – it wasn’t even the first name of the company. It was Water Wash, but it was too generic thought Henning Kongstad.

Henning Kongstad continues: “Quite early on I wanted to get a hold on the American market with our cleaning machine, but we just couldn’t get anyone to buy one. The market wasn’t ready for change – it was different from Europe to my surprise. However, when I travelled America and visited printing businesses, I realized they needed something different – anilox cleaning. It just goes to show that driving 40-50 thousand kilometers, travelling to 53 countries 200 days a year was a big part of evolving Flexo Wash as a business and our machines”

What the market needs, we make

The trip to USA became the starting point for developing yet another machine that the market had a need for and that has become the essence of Flexo Wash. That it is a company that looks at the market and finds the places where they can create a product that solves a problem.

“Developing that anilox-cleaner to the concept and stage it is at today of course with more modern solutions took 3-4 years. And all this was only possible because I had the label printing business, which could pay me a salary and generate money for Flexo Wash so everything we earned we could put back into the company for development. If I hadn’t had that possibility the company would not be having its 30-year anniversary.” Says Henning Kongstad.

That sense of innovation and need to continue to develop and to stay ahead of the game is a core value of Flexo Wash. It still exists in the company and there is always something that can be done smarter. That is also why so many customers get custom built solutions because by doing them you discover new possibilities you may never have seen yourself.

The next generation lifts the company

Family-owned companies are rare and successful family-owned business are even rarer. It is not without its risk to let you brother, daughter, or son take over your company. Henning Kongstad knew that, but he made the decision to let his son Lars Kongstad take over the business and the success just continued.

In the early 2000 Lars Kongstad became managing director of Flexo Wash while Henning Kongstad joined the board as president. Henning explains: “Although I have a lot of companies and projects that I have started over the years. Running a company is not what interests me. What interest me is getting out in the world. Meet people, their cultures, talk to them and learn. Maybe I see something where I can make a difference, and then I make a move. “

In the late nineties when the machines slowly became increasingly bigger the company really took off and to lead that change was Lars Kongstad who came on board during that time. After almost 10 more years Lars wanted to bring in his younger brother, Anders Kongstad, as technical director. Once again, the family knew the risk, but everything went well again and when Lars Kongstad wanted to step down as director, Anders Kongstad took over.

What Anders Kongstad brought to the company was more focus on technical engineering due to his background. Henning Kongstad had envisioned a tunnel washing concept for cylinders that would create easy handling for the heavy equipment, but the project hadn’t taken off yet. Anders took the lead on the idea and over five years together with the rest of the Flexo Wash team he created the MCC, Multi Cylinder Cleaner, which today is a patented machine that is by far the largest and most impressive concept at Flexo Wash.

Work through the crisis

Henning Kongstad has shown an incredible work ethic through the years and his sons follow the same principle. When the financial crisis hit the world in 2008 there was not a single order for Flexo Wash for six months. However, the company cultivated their leads and network. And after six months the orders started to fly in again and ended as one of the best years ever.

The same goes for the pandemic crisis in 2020. Henning Kongstad says: “When the lock down happened. We didn’t panic. We already had plans in the work to create a different approach. We just set turbo to those plans. I believe that the world has changed, and as always Flexo Wash has changed with it. “ 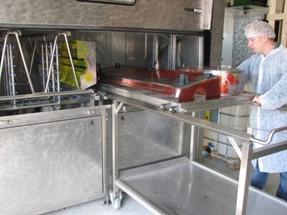 How do I best clean my press parts?

How can automatic cleaning solve the labour shortage in the printing industry? 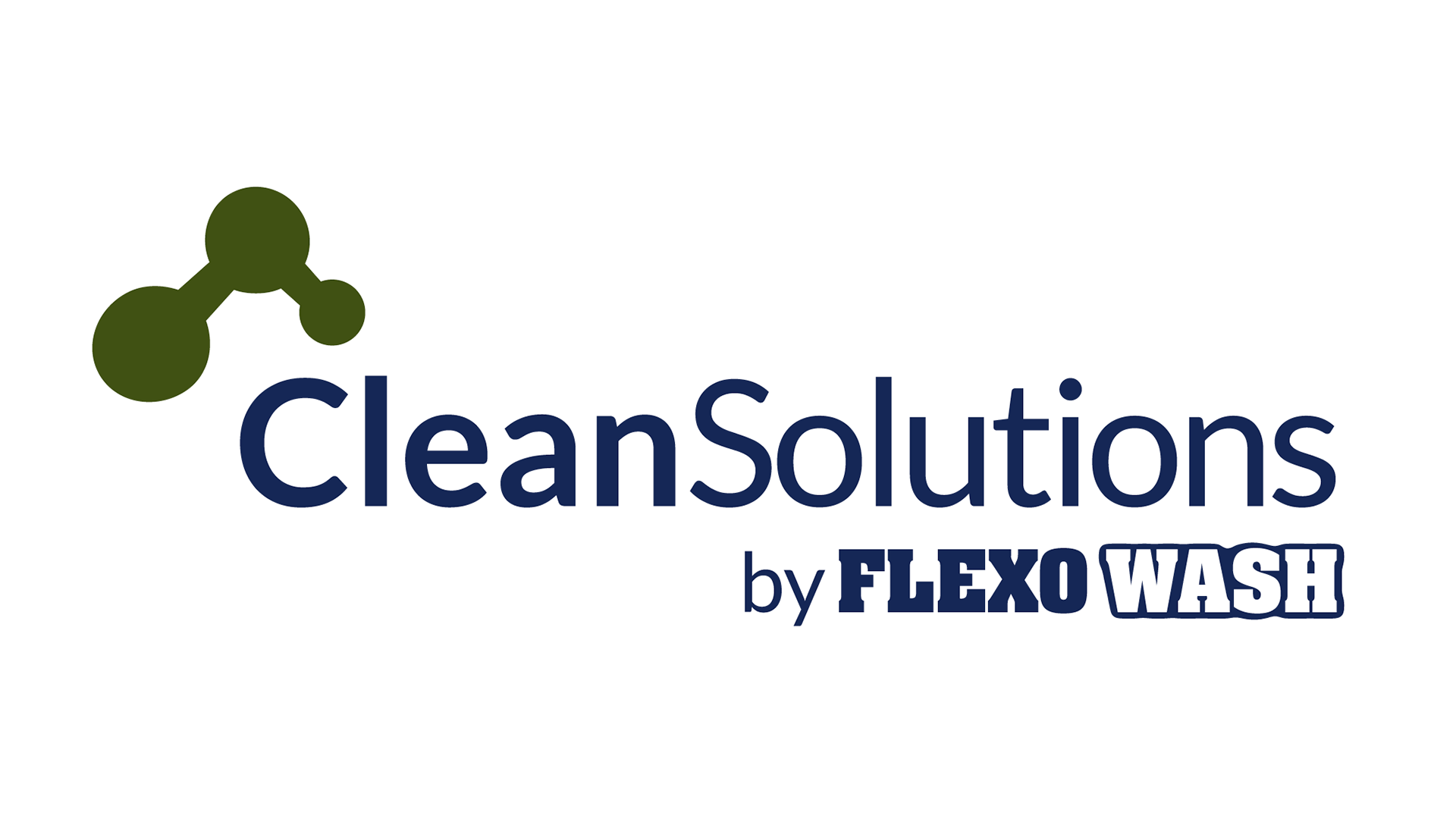 Trust us with your cleaning